The annual conference of the College of Tourism and Hotels, Department of Tourist Guidance 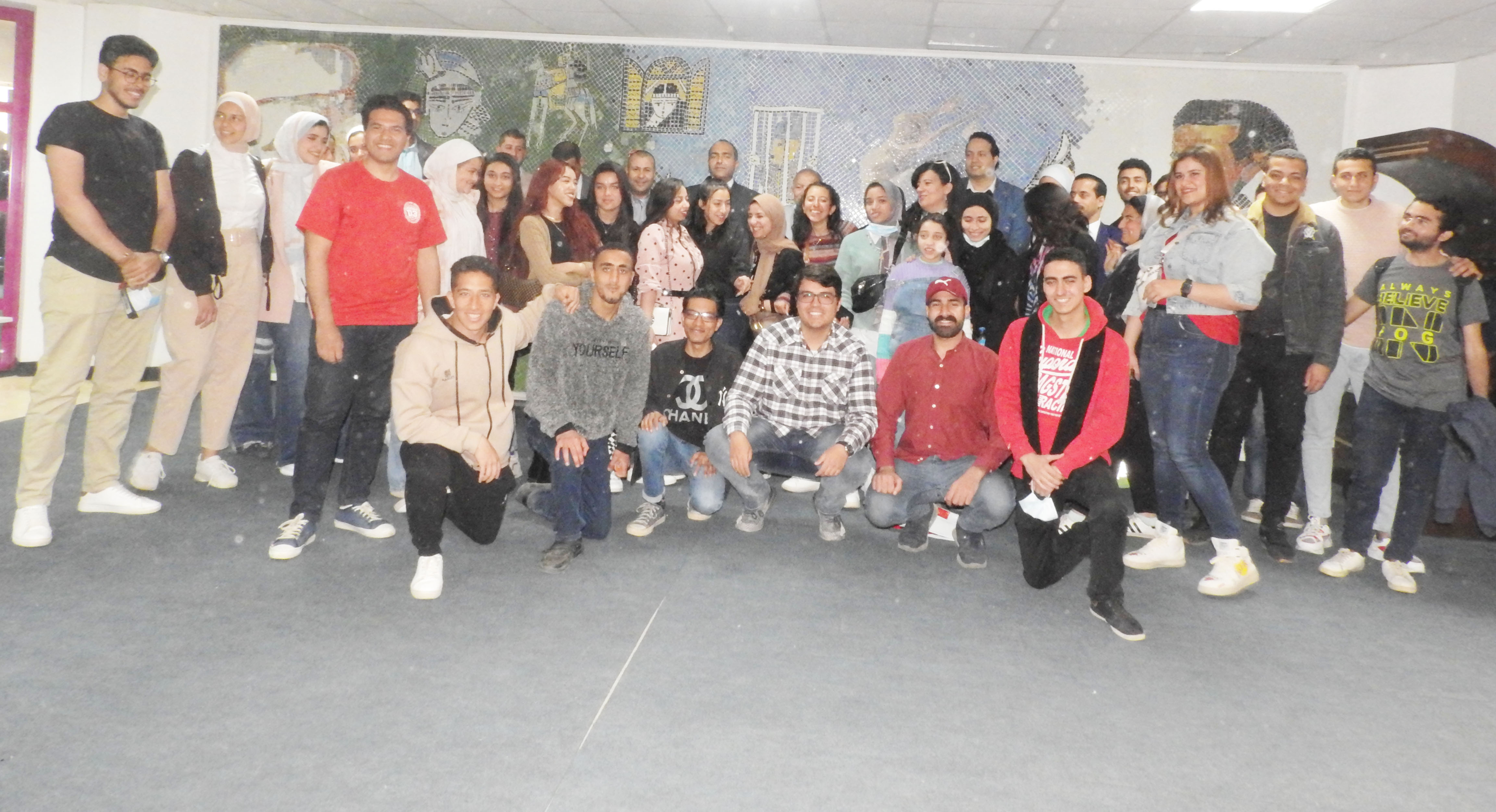 Under the Auspices of Prof. Dr. Jamal Sami, President of the University and Prof. Dr. Hana Fayed, Dean of the College

and Dr. Ahmed Hamdeen, Head of the Tourist Guidance Department

Today, the Department of Tourist Guidance held its Annual Conference, in the central library of the university (SOUL),  starting from 10 until 2 Pm, in the presence of all the faculty members of the department, the supporting staff, and students, in addition to the distinguished graduates of the department.

The Conference had two sessions, two hours each. The First Session, began with brief words for the members of the department, in which they expressed their happiness at holding the conference for the first time in the department, especially since the Conference came after the implementation of all the department’s activities, which had been suspended due to the Covid 19 .

Following that, Dr. Ahmed Hamdeen, Head of Department presented  some of the achievements made this year  he focused on several points:

As for the second session: it came into two parts, the first: it started with a speech by Dr. Maurice Abu Al-Saad, Director of the Central Library of the University, and through it, he stressed the university’s keenness to provide the library with the latest publications on a regular basis, as well as to participate in some databases, as well as reviewing what the library offers from Services for faculty members and students, whether related to viewing, photographing, or borrowing.

This was followed by a speech by Dr. Ahmed Hamdeen “a research paper”, in which he presented  the basics of research in Egyptology, in which he focused on the interest of major international universities in Egyptology, what is new in this science, the efforts of Egyptian and foreign scholars in this field, how to choose a point for research, and finally the different schools in documenting footnotes and a list Sources.

As for the second part of the session, an application model for one of the graduation projects was presented by A. King Khalid, and a success experience was presented to one of the department’s distinguished graduates: a. Karim Hamad, the Spanish-language tour guide, through which he provided advice to fellow students, and promised to provide job opportunities for the distinguished members of the department  current ones. 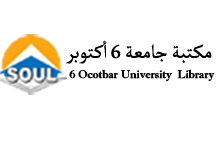 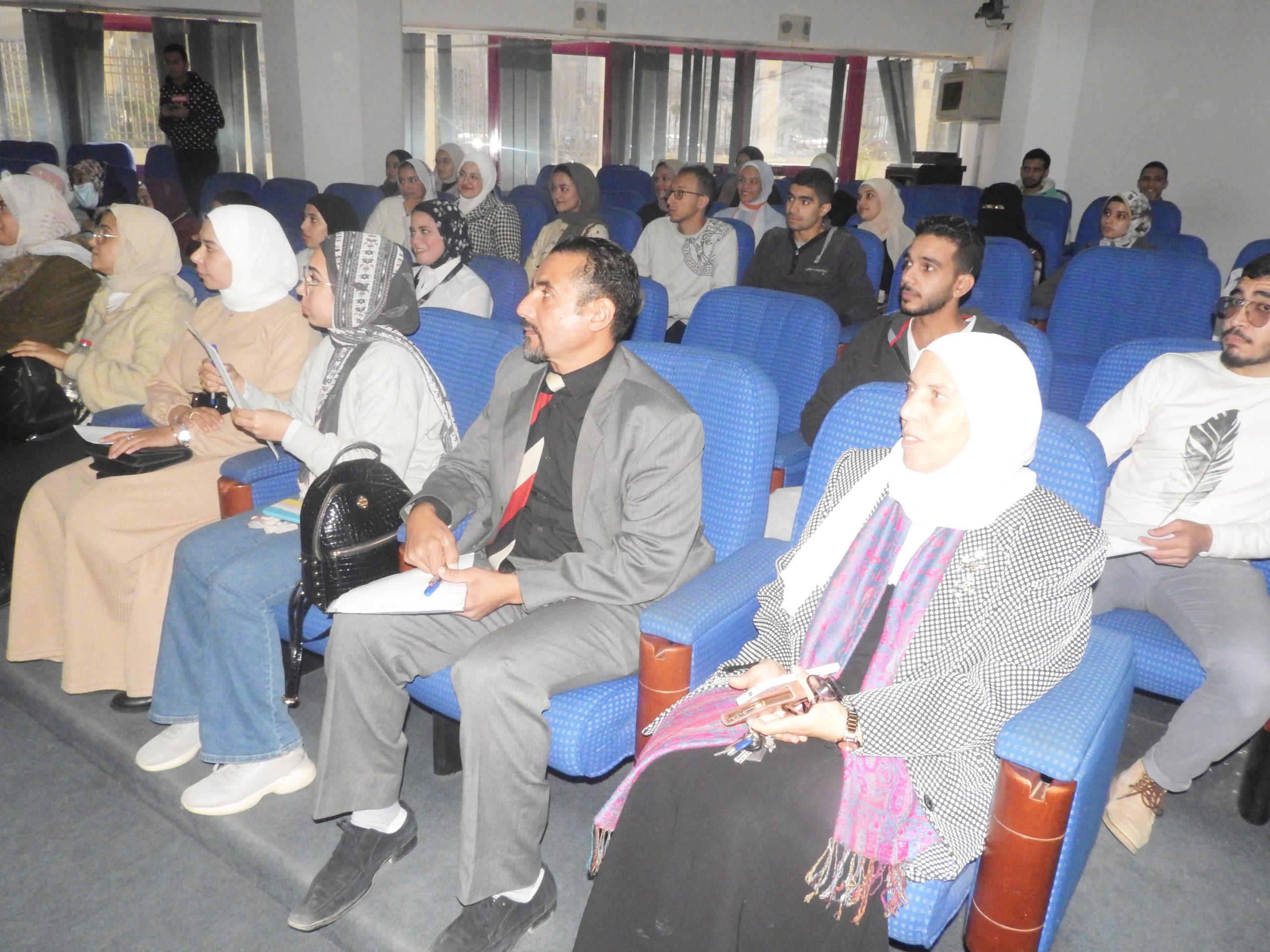 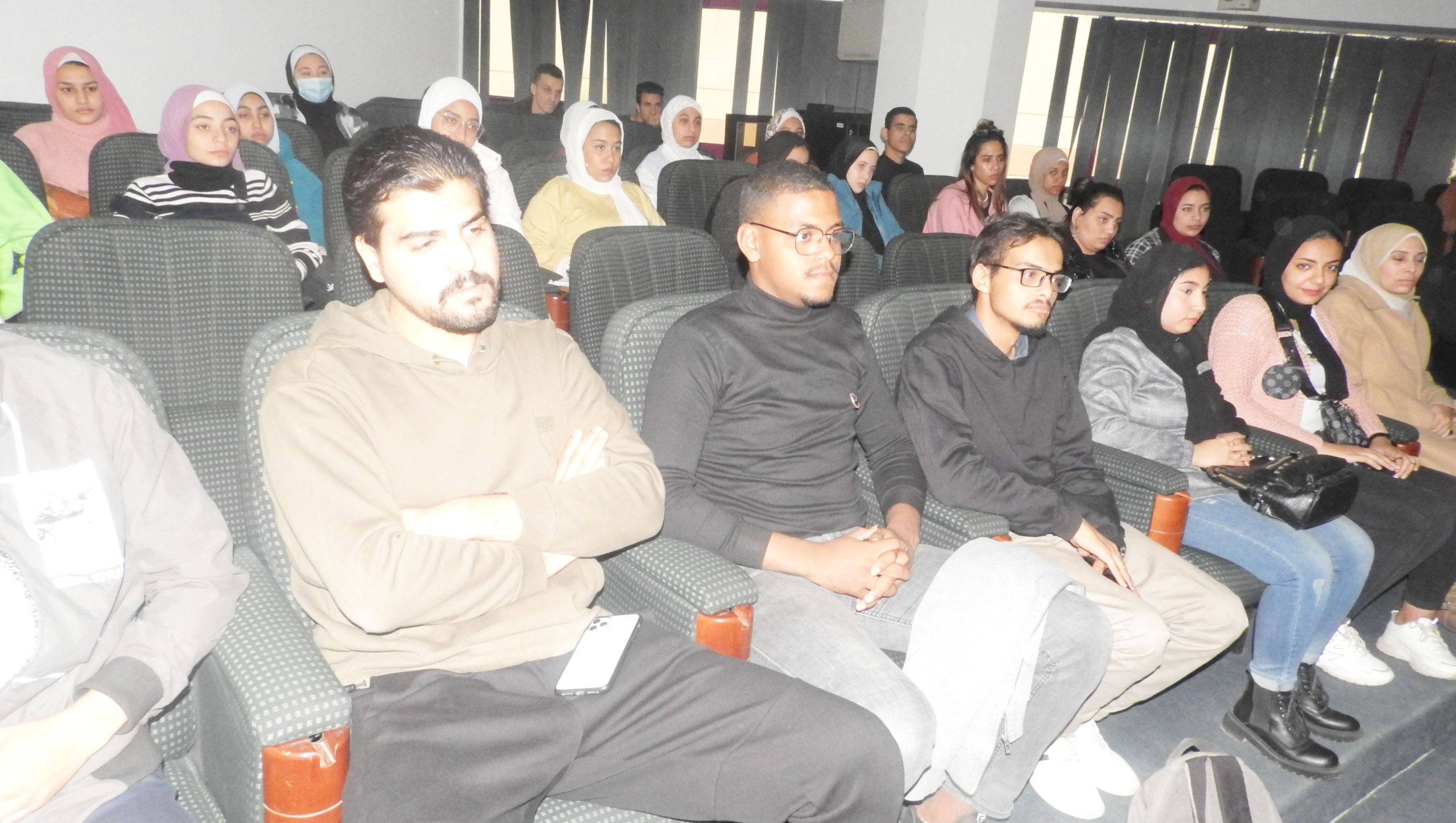 An introductory lecture on: The establishment of the African Union and Egypt’s foreign policy towards Africa